Free Shipping Over $49 on The World's Best Pet Products! 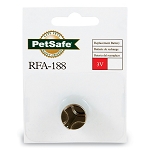 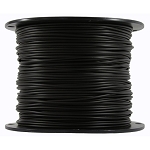 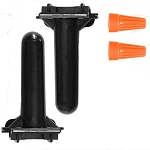 Dogs bark. It is part of their normal and natural communication and behavior. Dogs can bark for appropriate and good reasons, such as when strangers approach our house, they hear an odd noise, or they are herding sheep. Most of us want our dogs to be "watch dogs" and alert us to anything unusual. But dogs can also bark inappropriately. In two scientific surveys of dog owners, approximately 1/3 of them reported their dogs barked excessively. To control barking in our dogs, we first need to understand why they are barking.

Dogs, as well as wolves use many types of vocalizations to communicate. This communication starts very early in life. Young puppies make a mewing-like sound when they are searching for food or warmth. Louder crying sounds are heard if the puppy is hurt or frustrated. As dogs get older, they make five main classes of sounds: howls, growls, grunts, whines, and barks. Each of these classes of sounds is used in different situations.

Howling is used as a means of long-range communication in many different circumstances. Howls are more often associated with wolves, but dogs howl too. Wolves often howl to signify territorial boundaries, locate other pack members, coordinate activities such as hunting, or attract other wolves for mating. Dogs may howl as a reaction to certain stimuli such as sirens.

Growling can occur in very different activities. It is used to threaten, warn, in defense, in aggression, and to show dominance. But growling is also used in play as well. By looking at the body posture we should be able to tell the difference. Growls during aggression are accompanied by a stare or snarl, and the growling dog often remains stationary. Play-growls occur in combination with a happy tail and a play bow to signal willingness to play. These dogs are often moving and jumping about to entice play.

Grunts in dogs are the equivalent of contented sighs in people. They can also be heard when dogs are greeting each other or people.

Whines or whimpers are short- or medium-range modes of communication. Dogs may whine when they greet each other, are showing submissiveness, are frustrated or in pain, to obtain attention, and sometimes in defense. Dogs generally whine more than wolves, perhaps because they use the whine more as an attention-seeking behavior, and are often rewarded for it. Think about it. The first sound you may hear from a new puppy is the whine at night when he finds himself alone. We often are guilty of unintentionally reinforcing this whining by giving the puppy the attention he wants.

Barking is another mode of communication that seems to be more common in dogs than other canine species. Again, this may be the result of human encouragement. Certain breeds have been bred to bark as part of their watchdog or herding duties. Barking is used to alert or warn others and defend a territory, to seek attention or play, to identify oneself.

Bark Collars have two primary features designed to shorten the training phase and promote good behavior. First, is a unique patented sensor that provides the most reliable bark detection available. Anti bark collars use both vibration and sound sensors (dual-detection) to discriminate each bark from other external noises. A Static Correction is administered through the Contact Points only if both the vibration from the vocal chords and the sound from the bark match the same criteria. Second, no bark collars have a new patent pending Temperament Learning System design that is effective across many dog breeds and their individual barking behaviors. The Temperament Learning System contains software that tracks the number of corrections needed to substantially reduce (and in most cases eliminate) the number of nuisance barks. The no bark dog collar system has 10 levels of Static Correction. It begins with low-level corrections, however, if excessive barking continues the correction intensity will increase with each successive bark until the barking stops. Once the dog has learned to reduce the barking, the initial warning corrections are reduced. If your dog does not bark within 30 seconds, the anti bark collar will reset itself. As a built-in safety feature, if your dog barks 15 times or more within a 1 minute 20 second period, the anti bark collar will automatically shut off for 3 minutes.

Excessive barking is a nuisance to you and your neighbors. If this annoying behavior is creating a problem, then you have to stop it now! No bark collars can help you improve your dog's behavior because they are designed to reduce unwanted barking while allowing your dog to bark when it is appropriate. With a bark control collar, you give your dog special training without exerting too much effort on your end. All you have to do is to put the collar on your dog's neck and let it provide him with automatic warning and the correction he needs to stop unnecessary barking. It's that simple!

Bark Controal Collars are a safe and effective way to stop a barking dog problem. The PetSafe, Innotek, Dogtra and SportDog brands are the best and an inexpensive way to control this problem. You and your neighbors will remain at peace knowing your bark control device will give you complete control. Your dog's barking problem will be a thing of the past.